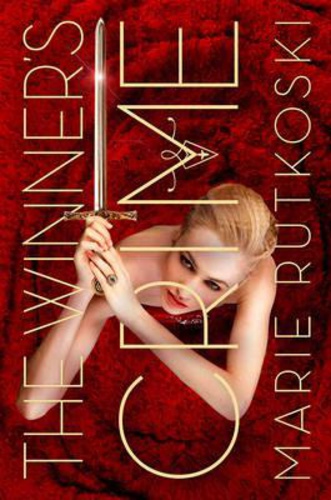 Summary
Kestrel, trapped in a golden cage of her own making, has nothing else to do but await the date of her rapidly approaching wedding with the Emperor’s son. That is, until the day she decides that her own honor and loyalty is much more important than what she have been taught by her ruthless father.

Meanwhile, Arin learns that freedom of his people might have a cost even higher than he ever expected.

Writing
The prose is gorgeous. It’s light and very easy to read, but at the same time it’s flowery and poetic, filled with beautiful quotes.

Characters
This book made Kestrel one of my favourite YA heroines. She is smart and cunning, but she is also very reasonable and doesn’t let her heart get into her way. I am so tired of characters risking everything for love. It’s not realistic. I am very glad that this book didn’t follow that lead.

Arin annoyed me a lot with his constant whining. But other than that, he is a pretty decent character as well. He is almost as smart as Kestrel, he is resourceful and resilient. I just think that putting him in a position where he is responsible for an entire country wasn’t a well-thought out move. He is not mature enough. I have a feeling that if she had let him, he would have risked his people just to get Kestrel out of that castle.

Plot
That was my biggest problem with this book. I am very invested in those characters, so reading this book wasn’t hard. But almost nothing is happening until the very end of the story.

Also, there is so much misunderstanding and forced angst, that could have been resolved with one normal conversation or at least a note, that it’s getting just more and more frustrating as the story progresses. I mean, most of the time it’s pretty well done. There are good reasons for those characters not to talk to each other, or at least not to talk honestly. But it doesn’t make it any less aggravating.

Overall
It’s a really enjoyable book, filled with intrigue and deceit. But if you haven’t liked those characters in The Winner’s Curse, you might struggle a little with the first part of this novel. And I will admit it, I liked the first book better.

You can find this book on Goodreads and Book Depository